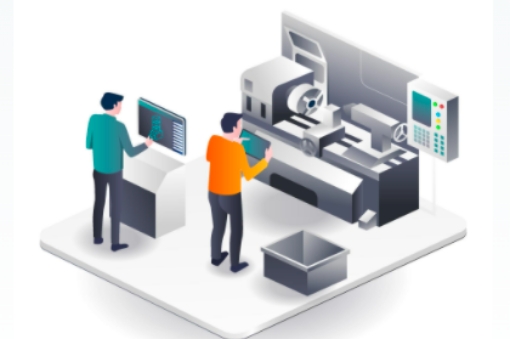 Applications of 3D printing in the construction industry

3D printing has already shown to be a disruptive force in the manufacturing business, but will it have an impact on other industries as well? After all, 3D printing is based on a novel technique to distribute and create materials that are routinely used in traditional manufacturing.

Several attempts to employ 3D printing technology for building have been undertaken throughout the years. These efforts varied from 3D printing building components to employing massive 3D printers to construct a full house. In this essay, we’ll look at the subject of what 3D printing’s potential is and how it may help the construction industry.

The use of 3D printing in construction: History

Early efforts to incorporate 3D printing concepts into construction began in the mid-1990s. Contour Crafting building technology was invented by the University of Southern California during this time period. To overcome the scale constraints of the known 3D printing technology at the time, this approach utilized ceramic extrusion using a computer-controlled crane.

Many firms were interested in developing 3D printing technology for building in the 2000s. During this decade, technology began to diversify as well. Enrico Dini of Italy patented the D-shaped 3D printer in 2005, which distributes a layer of fine sand and a binder in the same way as Jet Fusion 3D printing works.

One of the earliest 3D printing procedures employing concrete as a construction material was created by a research team from Loughborough University in the United Kingdom in 2008. The procedure combines a gantry and a robotic arm to build consecutive layers of concrete from a CAD model with computer control. Loughborough University inked a deal with Skanska in 2015 to start developing a commercial-scale concrete 3D printer.

In the last 10 years, the notion of 3D printing has taken off, with initiatives as grandiose as the 3D printing of an entire tower in Dubai. We also witnessed live 3D printing displays of actual homes being made.

In Copenhagen, the first permanent 3D printed structure was built in 2018. It was the first of its kind since it had been constructed with all of the necessary licenses and with the authorities’ full support. The building is still standing and completely furnished and functional as of the previous update. 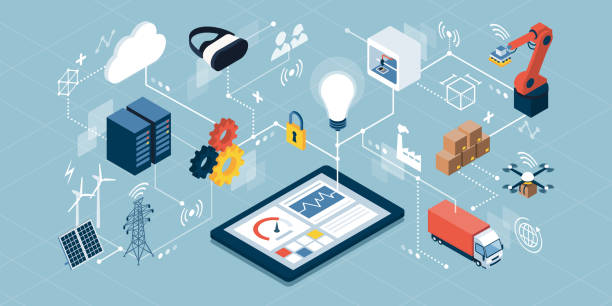 Now and in the Future

In the United States, the construction market value of 3D printing is 1.5 billion dollars, while the overall volume of the concrete 3D printing market is 4 56.4 billion dollars. Concrete 3D printing technology, according to experts, is still in its early stages of development and has a long way to go. Remember that 3D printers that utilize concrete are not meant for production, yet experts claim that 3D printers can make anything from bridges to foundations and from blocks to walls. It’s an environmentally friendly, cost-effective, and quick method.

The advantages of 3D printing in building are the same ones that have made the technology a highly disruptive tool in manufacturing. It’s easy to get enthusiastic about the prospects of large-scale, construction-grade 3D-printing as an alternative to existing construction methods.

Computer-aided design (CAD) is not new to the building business. The main difference is that with 3D-printing, the entire process can be automated, but in a traditional construction, each component must be made individually.

The use of additive manufacturing technologies such as 3D-printing has the benefit of allowing complicated designs with complex geometry to be recreated. 3D-printers are well-known for their capacity to produce designs that are out of the ordinary. We can assume that the possibility of odd shapes and forms that a 3D-printed structure or residence may take excite many architects and engineers.

Unlike conventional manufacturing processes, which rely on well-made and intricately designed molds and castings, the economics of 3D-printing are the same whether a firm makes one or many copies of the same design. This is a big benefit for interior designers who want to create unique pieces that stand out from the crowd.

Contour Crafting stated in 2006 that their 3D-printing technique could build a full house in less than a day, or around 20 hours. Winsun, a Chinese business, appears to have shown this with 10 demonstration houses, each of which claims to have been printed for less than $5,000 and in less than 24 hours. These assertions, however, have been severely disputed, and no claims have been made as to their veracity.

The HDB Center of Building Research in Singapore provided the most tangible illustration of the rate of 3D-printing of an actual part. They were able to build a piece measuring 3.6 meters long, 3 meters wide, and 2.75 meters high in roughly 13 hours using a concrete 3D-printing equipment.

The Ynhova project in France completed a completely functional house in under 54 hours. The house, which costs around 20% less than a standard home, has already been occupied by a family.

There appears to be a fixation with being able to create complete homes in less than 24 hours, regardless of whose corporation made the request. This arbitrary restriction appears to be an intriguing aim that will undoubtedly stimulate the public’s interest in 3D-printing in building.

The materials that will be utilized in a 3D-printed home may be simply decided based on the CAD model, unlike traditional building. It is also feasible to utilize only the exact quantity of material required to create a house, whether using an FDM-based technology or a process comparable to Jet Fusion. The little waste also lowers the cost of 3D-printing a home, however the technology’s newness may mean it may take some time before it really becomes ‘affordable’.

The entire process of 3D printing a house is usually totally automated. There is little need for human involvement as long as the gantry is in place and there are sufficient raw materials. This eliminates the need for personnel to lift big goods or climb to perilous heights. In the end, 3D printing will necessitate fewer human employees and expose them to less risks.

We can’t be sure if these advantages will materialize until 3D printing for building becomes commonplace. The 24-hour guarantee might be impractical, or the expenses of 3D printing a home could be comparable to those of a standard home. All things considered, everyone should keep their expectations for the feasibility of 3D printing a house in check, since the technology appears to be in its infancy.

What factors may obstruct the usage of 3D printing in the construction industry?

For many industry insiders, the same limitations that have limited the usage of panel building are holding back 3D printing as a construction technology. Despite the fact that prefabricated construction panels made the entire process of building a house faster and less expensive, the finished dwellings were unsightly and boring. Reinforcement, waterproofing, condensation, and insulation were additional issues.

Before 3D printing can even begin to threaten more traditional building processes, these issues must be addressed. After all, no one wants to live in a luxurious home that is uncomfortably unpleasant, especially if it is prone to breakdowns. It also necessitates the use of sophisticated equipment that isn’t always or universally available.

The building sector offers a once-in-a-lifetime chance for 3D printing to “scale up” beyond normal shop or fabrication workshops. There appears to be a competition going on in several nations to see who can utilize 3D printing to build a house in the most practical, dependable, or cost-effective method. So far, we’ve seen a lot of examples of what appears to be a good idea.

It’s evident that 3D printing for building has a long way to go before it can be employed at a level that is acceptable to a large number of people. The good news is that many world-class firms, like NASA, are substantially involved in technology. With so many minds working on it, it’ll only be a matter of time until 3D printed houses become more common.